Behind the Bar - Bloody Mary

August 10, 2016
Do you know what the world’s most complex cocktail is? Many claim that it’s the Bloody Mary because of the many different spices that can be added to the simple tomato juice and vodka combination. Horseradish, tobacco sauce, Worcestershire sauce, celery, olives and salt and pepper are all things that can be added to this classic drink. Who came up with this crazy concoction? Lake of the Ozarks’ best sports grill is here to find out! 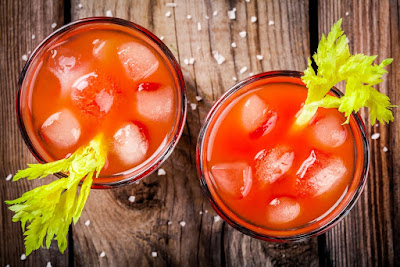 Behind the Bar – Bloody Mary

Most cocktails’ origin stories are a little unclear and that definitely holds true for this classic cocktail. Maybe they had one too many drinks – actually that’s probably true in this case. There are two people that claim to have invented this unique combination.

Harry’s New York Bar in Paris, France was a popular bar for notable Americans like Ernest Hemingway and Humphrey Bogart. It was also an establishment patronized by Russian emigrants who escaped the Russian Revolution. Fernand Petiot, a bartender at Harry’s, realized it was profitable to make drinks using Russian vodka due to the new clientele. He began experimenting with it and eventually found a match with tomato juice cocktail.  All the customers raved about the new drink – Russians, American and French alike. The Americans brought the drink to the states and shortly afterward Petiot was offered a position at the King Cole Bar at the St. Regis Hotel in New York. How did he come up with the name Bloody Mary? Petiot stated in an interview that a customer suggested the name after a waitress in a notorious Chicago nightclub called “Bucket of Blood.” 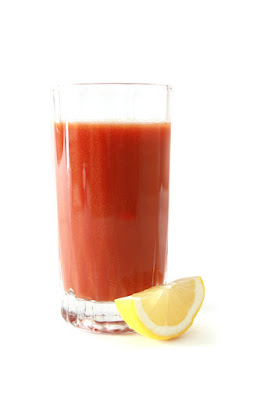 George Jessel, a famed vaudeville star, Broadway actor and comedian, claimed to have invented the drink in 1927. in his 1975 autobiography The World I Lived In, he claimed to have invented the cocktail after a night of drinking with his friends. The next morning, they were trying to cure their hangovers and sober up. Their bartender offered them some vodka. However, they did not like the smell. It was then that Jessel suggested they mask it with Worcestershire sauce, tomato juice and lemon. He thought of the tomato juice because his sister-in-law used it as a way to clear her head in the morning and thought that it could help cure a hangover. Well, it supposedly worked as they all started to feel better. Soon after making the new drink, a notable socialite named Mary Brown Warburton joined them. She tried the drink but accidentally spilled it on herself. She jokingly said, “Now you can call me Bloody Mary, George!” Hence, the name of the drink. In addition to his autobiography, Jessel also participated in a 1955 Smirnoff Vodka ad campaign where he also claimed to have invented the Bloody Mary. However, in the ad, he states “I think I invented the Bloody Mary.” So did he really?

Regardless of who invented the drink, we are just glad they did! At the best bar at the Lake of the Ozarks, you can get several different versions of the Bloody Mary alongside the classic cocktail. 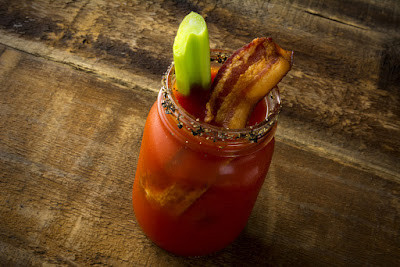 Cucumber – Effen Cucumber Vodka with cucumber garnish
Upgrade your Bloody with a side car beer of your choice!

It’s always a good time at the best sports grill at the Lake of the Ozarks! Join us for Happy Hour Monday through Friday from 3:00 to 6:00 p.m. where you can receive 75 cents off domestic bottled beers, house wine and well and call drinks. The week’s almost over, so celebrate at Wicked Willie’s with Wicked Wednesday. Happy Hour goes all night! There will be special drink prices from 3:00 p.m. to midnight as well as specials on wings, shrimp and sliders! Don’t forget about our late night menu which is available from Wednesday to Saturday and serves up the Lake’s best late night dishes.