Showing posts from August, 2019
Show all

Are You Ready For Some Football? (Of Course You Are!) 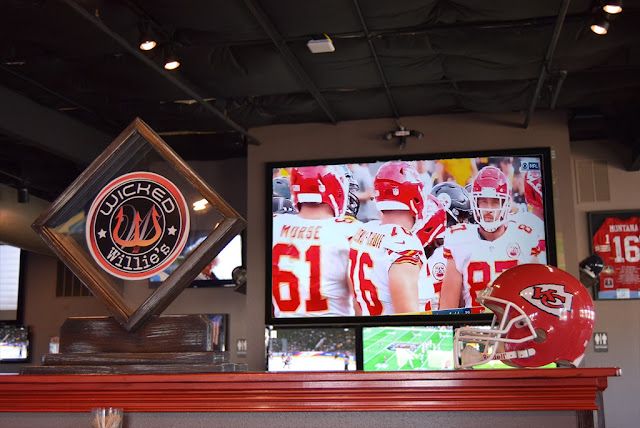 We're excited about college football getting back into gear (as we mentioned in last week's "Labor Day Weekend Means College Football is Back!") Even so, Wicked Willie's Sports Grill is already looking ahead to the following week when the NFL season officially begins. (It seems like we've waited so long!) Of course, you all realize that this means it's time for another Chiefs Season Opener Watch Party!


Let's Go Chiefs!
The first game of the 2019 season will be on Thursday, September 5 at 7:00 pm between the Packers and the Bears. We have fans from all over visit the lake area, so you can usually find a fan for just about every team playing. Still, around these parts, the majority of our sports fans tend to cheer for the Kansas City Chiefs.

For that reason, we make an event out of every Chiefs game, all season long. This will begin with our annual season-opening party when the Chiefs take on the Jaguars at noon on Sunday, September 8. (Just in time for …
Post a Comment
Location: 5384 Osage Beach Pkwy, Osage Beach, MO 65065, USA
Read more 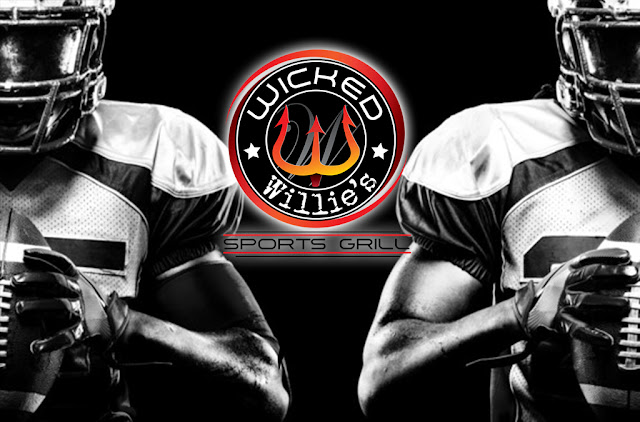 A lot of people get excited about Labor Day Weekend at the Lake of the Ozarks because they plan to spend the extended holiday weekend on the water. We have to admit, that can be fun too but an even better reason to get excited is the fact that college football is back!


The very first game of the season is this Saturday, 8/24 but Labor Day Weekend is going to have the bulk of the games. As always, as long as they are being broadcast, our Lake of the Ozarks sports bar & grill will have all the games! With 31 TVs and 3 giant projection screens at Wicked Willie's Sports Grill, you won't have to miss a minute of the action.


We get a nice variety of college football fans in the lake area with so many visitors from so many places around the country. Even if your team isn't playing one of the games before Labor Day Weekend, join us anyway. It will be good practice for next week. Get ready (and get excited) because this list of upcoming games is extensive!

Join Us This Friday for a Draft Beer Party! 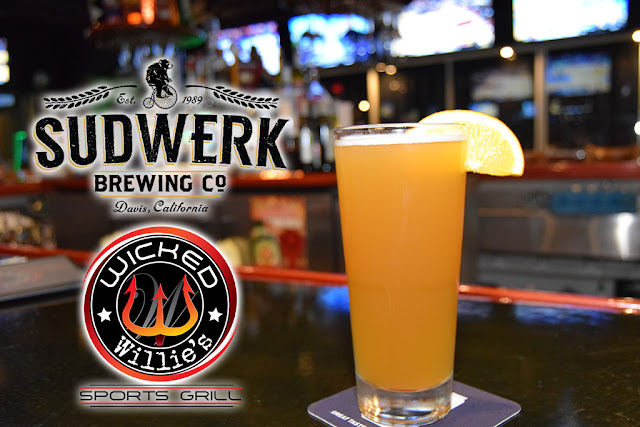 We serve an awesome selection of ice-cold, refreshing, draft beers at our Lake of the Ozarks sports bar. We also love throwing exciting parties at Wicked Willie's Sports Grill. This Friday, August 16 from 5:00-8:00 pm we're combining those two things and hosting a Draft Beer Party with our friends from Sudwerk Brewing Company.


Sudwerk Brewing Co.
Since 1989, Sudwerk Brewing Co. in Davis, California, has been combining traditional German brewing methods with modern, West-Coast craft beer practices. This company is known as a pioneer of lager in microbrewing.

The brewery was originally founded by two German descendants, Ron Broward and Dean Unger. Both were determined to share the taste of the German lagers they loved while striving to push the boundaries of traditional lager. That tradition continues today. 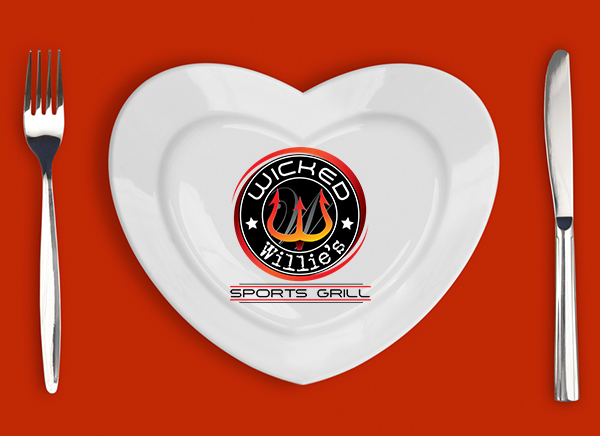 The dining experience you will have at our Lake of the Ozarks restaurant and bar far exceeds what you would expect from a typical sports bar. You'll find many favorite food items at Wicked Willie's Sports Grill in Osage Beach, like our Jumbo Chicken Wings, Beef Nachos, Pork Tenderloin, and Philly Cheesesteak. Of course, you'll also discover quite a few delicious dishes that are unique to the Wicked Willie's kitchen. (If someone else does serve them, bet ours is better!)


The more variety we can offer, the more reasons you have to come in to dine with us! Today's blog highlights some of the more unique menu items we serve. Featuring the freshest of ingredients, some culinary creativity, and even a few gluten-free options, you're sure to find something new you can't wait to try.


Southwestern Chipotle Chicken Rangoon
Upon first glance, these might look like the regular crab rangoon you're used to. On the inside, though, you'll find exciting flavors that …
Post a Comment
Location: 5384 Osage Beach Pkwy, Osage Beach, MO 65065, USA
Read more 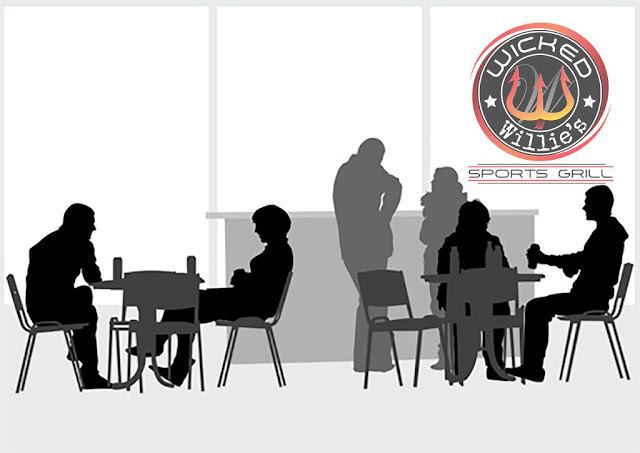 If you haven't had the chance to visit Wicked Willie's Sports Bar & Grill in Osage Beach, you might assume that it's just a place to grab a beer and watch the game. Well, we definitely are, but that's not all.

In addition to being the best sports bar at the Lake of the Ozarks, we're also a wonderful restaurant with a fully stocked bar and an awesome private event space that hosts its share of exciting parties. Read on to find out the type of people that enjoy hanging out at Wicked Willie's. We're willing to bet you fit into at least one of these categories.


Sports Fans
First and foremost, we'll cover the obvious. You're extremely likely to encounter lots and lots of sports fans at Wicked Willie's Sports Grill. If there's a game on, it's playing here! You don't have to worry about which game is on because with 31 TVs and 3 big projection screens, we can play 'em all!