The Intriguing History of the #WickedGood Wing

April 18, 2018
A menu must-have for any good sports bar & grill is the ever-popular appetizer - the chicken wing. The best sports bar & grill at the Lake of the Ozarks not only has a #WickedGood selection of tasty wings on our menu, but we're willing to bet they're the best you've ever tasted! We know how the fantastic wings at Wicked Willie's Sports Grill are created, but today's blog gives you a look at how the first wings ever served came to be. 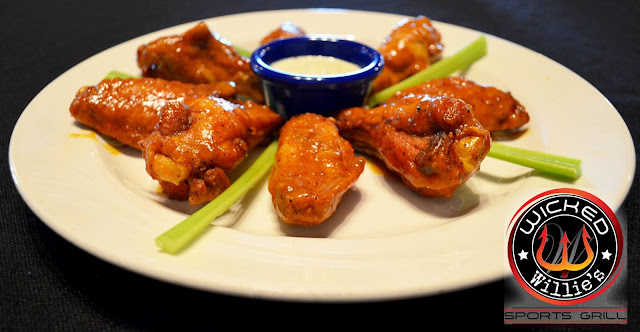 The First Hot Wings
During our research, we discovered that there are a few different stories about how the original hot wing was created. Unlike today, in the 1960's the chicken wing was considered the least desirable part of the bird. If it wasn't tossed into the trash right away, it's only use was for stock.

The hot wing histories below do all agree that this delicious appetizer was first introduced in Buffalo, New York (which is where the name "Buffalo Wings" comes from,) but from there the tales vary.

Story #1
Buffalo, New York Anchor Bar restaurant owner Teressa Bellissimo is at the center of the first 3 possible creations of the hot wing. According to this particular story, an ordering mistake caused Teressa to get creative. She and her husband Frank were expecting a delivery of chicken necks, which were used to make their spaghetti sauce recipe. Not wanting to waste the shipment, Frank encouraged Teressa to do something with the chicken wings that were mistakenly delivered to them. She decided to throw them into the deep-fryer, then toss them in hot sauce and serve them with a side of bleu cheese and celery sticks.

Story #2
Teressa & Frank's son Dominic remembers the same story a bit differently. He does agree that his mother came up with the recipe, but it was due to his request that she make something special for a Friday late-night snack. The majority of their customers were Catholic and not eating meat on Fridays. After a long night of drinking in the Anchor Bar, Dominic wanted to give their patrons a delicious treat after midnight to thank them for their patronage.

Story #3
Another twist on the same story credits Teressa's bright idea to the need to feed her son Dominic and his friends when they all came home from college hungry. She whipped up this delicious dish from the meat that normally didn't get used, and they loved it!

Story #4
This is the only story out of the bunch that does not involve Teressa Bellissimo. John Young stated that he grew up eating chicken wings, but the special "Mambo Sauce" he served with them was his personal recipe. He breaded the wings before frying them, and he also did not separate the drummies and flats before cooking. His restaurant's name, Wings 'n' Things, was registered in the mid-60's before John left Buffalo in 1970. 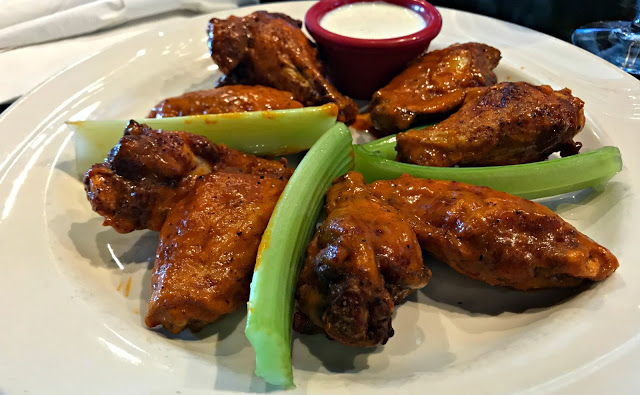 Wings at Wicked Willie's
We don't really have any way of knowing which of the stories above is the real one, but we do know that the "Buffalo Wing" gained popularity throughout Buffalo first, then all of New York, and eventually across the country. Here at Wicked Willie's Sports Grill in Osage Beach, we serve up our fresh, jumbo wings in your choice of four amazing flavors.

SWEET & SPICY PINEAPPLE HABANERO
The name says it all! 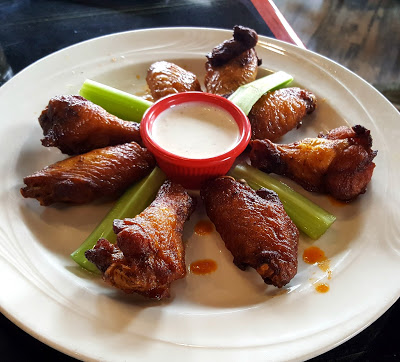 The next time that you're in the mood for a plate of the best wings at the Lake of the Ozarks, head on over to Wicked Willie's Sports Grill. As a matter of fact, bring a few friends along with you so you can order all four types at once and get a taste of each of them in one sitting! Join us every week for Wicked Wednesday from 3 pm-close and we'll even give you $2 off of every order. Now that's a delicious deal!