May 04, 2016
Cinco de Mayo is almost here and we happen to have some Mexican-inspired cuisine and signature margaritas on our menu at Wicked Willie's Sports Grill that we think are celebration worthy. We thought we would share some little known things about this festive day and why we find it cause for celebration: 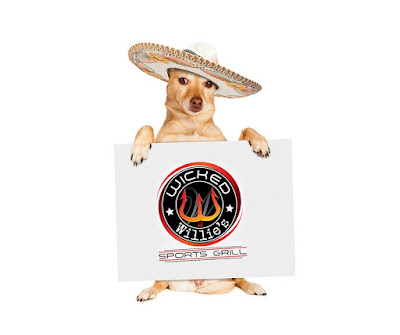 1. It's Commonly Mistaken for Mexico's Independence Day
Mexico's Independence Day is September 16th and Cinco de Mayo is actually a celebration of Mexico's victory in the battle at Puebla on May 5th, 1862 during the Franco-Mexican war. The win for the Mexican army was highly unexpected as they were heavily outnumbered by the French. The victory was a great source of pride for the country and is the reason it is still celebrated today.

2. It's Not a Federal Holiday in Mexico
Cinco de Mayo is not observed as a federal holiday. However, all public schools are closed nationwide in Mexico on May 5th. In the state of Puebla, where the battle took place, and neighboring state of Veracruz, the holiday is celebrated with parades, festivals and reenactments.

5. Tons of Avocados Are Consumed
According to the California Avocado Commission, Americans consume up to 81 million pounds of avocados on Cinco de Mayo each year. That is a lot of guacamole!

6. Americans Love Their Tequila
According to the Distilled Spirits Council, when Cinco de Mayo rolls around each year, tequila sales double in bars and restaurants. Imagine all of those margaritas and tequila shots! Surprisingly, the United States consumes twice as much tequila as Mexico, where the spirit originated.

7. The Inventor of the Margarita is Unknown
Smithsonian magazine reports that more than one person has claimed they invented the margarita. Carlos "Danny" Herrera reportedly developed the drink for an actress at his Tijuana-area restaurant in 1938 because she was allergic to hard alcohol, except for tequila of course!

8. Some People Celebrate With Chihuahua Races
Chandler, Arizona celebrates Cinco de Mayo with Chihuahua races and they even crown two of the dogs king and queen! Crowds come to watch these adorable racers compete for the fastest little dog in the West. 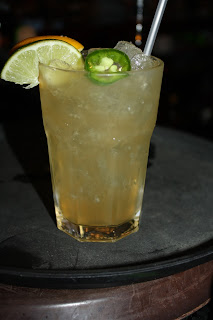 Celebrate at the best restaurant and bar at the Lake of the Ozarks for Cinco de Mayo. Wicked Willie's has a variety of dishes with authentic Mexican ingredients, including Mexican Shrimp Cocktail, Queso Calor, Smoked Chicken Fajita, and more! Pair one of those fiery dishes with a jalapeno or mango margarita and you are ready to "fiesta forever!" Well, you will be set for Cinco de Mayo anyway. Don't forget we have 33 televisions and 3 projection screens in our modern concept Lake of the Ozarks restaurant, so bring the whole family and experience Cinco de Mayo at Wicked Willie's Sports Grill.