What's on Tap at Wicked Willie's 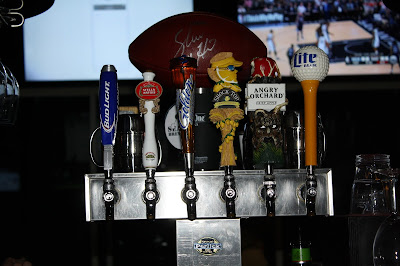 If you are an avid sports fan and beer enthusiast, then you are in luck! Wicked Willie's Sports Grill is the best sports bar at the Lake of the Ozarks and features cold brews, 33 televisions, and 3 projection screens, including one massive 120" one! Wicked Willie's has a variety of regional, domestic and imported beer to enjoy while you watch the big game.

Check out what we have on tap:

Blue Moon
This Belgian white ale is a Witbier-style beer brewed by Coors Brewing Company. This popular beer is brewed with orange and has a crisp finish.

Logboat Snapper
This easy drinking IPA is loaded up with four varieties of American grown hops. Fruity flavors of pear and peach play off of resinous, piney notes. Belgian crystal malt complements the bitterness for a well-balanced IPA.

Stella Artois
Stella Artois is a pilsner-style beer with a malty middle and crisp finish which reveals the full, pleasantly bitter flavor that Stella Artois is known for and what makes it an in ideal accompaniment for a variety of cuisines.

Shock Top Lemon Shandy
This Belgian-style wheat ale is brewed with citrus peels, coriander, natural lemonade flavor, and a hint of sugar for a subtle sweetness. The end result is an incredibly refreshing, crisp and smooth beer that hits the spot.

Angry Orchard Crisp Apple
This crisp and refreshing cider mixes the sweetness of the apples with a subtle dryness for a balanced cider taste. The fresh apple aroma and slightly sweet, ripe apple flavor make this cider hard to resist. 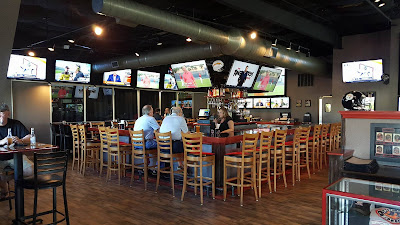 Stop by for a cold one at the best place to watch a game at the Lake of the Ozarks! Wicked Willie's Sports Grill has a great selection of brews and we invite you to stay for dinner. Our menu is completely unique to the lake with a variety of fresh selections - like nothing you have ever tasted at a sports grill before. Your whole family will find something satisfying at Wicked Willie's!